How Cold Does Luggage Get On A Plane? Kinda Cold

Thinking of packing your favorite bottle of wine on your next trip?

Or maybe you have a rare assortment of cheeses and you’re worried it could spoil?

Many people are wondering how cold does luggage get on a plane?

Can I pack freeze sensitive food and beverages? Will my dog or cat get cold? What exactly is going on in the cargo hold and what temperature should I expect when checking luggage for an extended flight?

First, one should know, there is no universal temperature for the luggage compartment of a plane. Planes come in all different shapes and sizes, with different companies applying different practices, and different types of flights having their own protocol. So what does that mean? Well, it depends. Generally speaking, a 767 Boeing flight maintains its baggage hold above 7°C, but the bulk area (where the animals are carried) can be above 18°C.

It’s important to note that controlled temperature cargo bins are also available when temperature sensitive goods are being shipped. So ask your carrier if that option is available before you fly, especially if you don’t want to take any chances.

In the case of bringing your pet animal, most major airlines have heated and pressurized cargo holds, so that should not be a problem.

Do you need controlled temperature cargo bins for freeze sensitive food and beverage?

The general consensus is “no.” Although 7°C seems mighty cold, it’s not freezing. Taking the extra precaution of wrapping your food or drink in insulated clothing or blankets might be enough to do the trick. One can do a quick google search and find plenty of feedback from pilots and stewardesses that can confirm most freeze sensitive items will be just fine. Even on extended flights.

People have even brought data loggers inside checked luggage to find out exactly what’s going on with the temperature during the entire course of the flight. In the air, the cargo hold is colder than it is when landing or before take off. However, that can change based on outside weather conditions. If you’re traveling during winter in an extremely cold environment, and temperatures are below freezing, having your bags exposed to the outside weather and left on the tarmac for a considerable amount of time might spoil your plans. Do your research before the flight to see if this could be a possibility.

When flying above the Earth at an average of 30,000 ft, that is going to be the coldest your bags get during your flight. The outside temperature during this time is an average minus 44.6°C, which is why the cargo hold is pressurized as well. If it wasn’t, the radically different temperature between the cabin and cargo hold would make the plane too dangerous to fly for a commercial flight. So although the luggage area is chilly, it’s not freezing, and it’s definitely not being exposed to the outside elements.

The cargo hold, where the luggage is kept, along with your precious furry friends, is pressurized and climate controlled just like the cabin. The same air used to condition the cabin is used for the hold. However, conditioned air is directed from the cabin first, so the air tends to be a little bit cooler by the time it reaches the cargo areas, which are also less insulated than the cabin. Temperatures can vary, but the average is generally between 7°- 13°C, with some passengers reporting data logs as cold as minus 7°C during international flights above the ocean.

So why do stowaways freeze to death?

The answer is simple. They are not in the pressurized parts of the cabin. The wheel arches, where stowaways typically breach the flight before takeoff, are not in the cabin, so they get exposed to the raw elements and have very little chance of survival.

The higher the plane goes, the colder the air gets. Every 5000 ft is roughly a minus 4° temperature change. The average plane will fly between 28,000 and 35,000 ft – so there will be some fluctuation on the temperature, based on the size of the airplane, seasonal factors, and altitude.

Another common concern about the temperature in the cargo hold is regarding medication. Sometimes for long trips, large quantities of medicine is necessary to pack in checked luggage. Most travelers have not experienced any issues with medication freezing in their packed luggage. The average temperature in a commercial aircraft is between 50° and 60° Fahrenheit, well above the freezing point. However, if at all possible, try to store medicine with you on person. The temperature is much more reliable in the cabin than the cargo hold.

The general consensus for storing life-saving medicine is that it should be kept on your person. If something needs to be chilled, bring the appropriate supplies required. Most airports have exceptions for medication despite the “no liquids” rule, and if you are forthright and transparent, they will accommodate you. Stewardesses are actually trained not to take responsibility for such situations. So make sure you have every scenario accounted for before you fly.

Will frozen foods in your luggage stay frozen in the plane?

That depends on the conditions of the on ramp and how long before your luggage is packed away. The general consensus is that frozen food will stay frozen with dry ice packs. How long your baggage spends outside the cargo hold and the general weather conditions will affect the outcome, so there is an element of luck.

Generally speaking, most commercial flights have pressurized and climate controlled cargo bins. So your luggage will be stored in a chilly environment – but not one below freezing.

There are some instances where it can vary, depending on the outside temperature, the size of the plane, and the duration of the flight.

The best thing to do is to determine what your limits are and do your research. Animals are located in specialized compartments called the “bulk head” and those are most certainly temperature controlled and very similar to the cabin. The cargo hold, where the luggage is stored, varies slightly based on some of the conditions mentioned above, so research is always necessary. 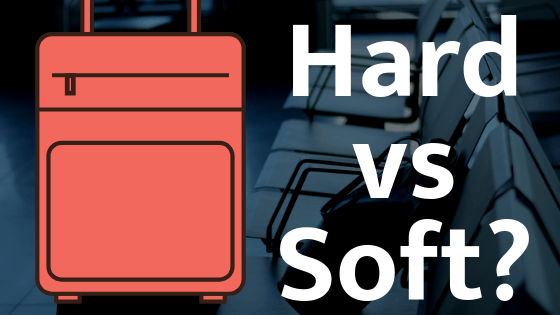 Hard vs Soft Luggage For Traveling (Here’s Why…..)

What Luggage to Take to Japan?

Here’s What Happens To Luggage On Connecting Flights!

PrevCan I Wrap My Luggage At Home? Yes Here’s How!
How Do Luggage Trackers Work? It Might Surprise YouNext